Have you always envied James Bond for all his cool gadgets? Well, now some of them can be yours! A lot of really cool spy gear that you used to see only in movies has now come down so far in price that we can all afford it. Not only that, there are hundreds, even […] You don’t have to spend your life savings! Did you know that the average cost of a PTZ security camera is between $400 and $700? That’s insane. The truth is, there are plenty of great options that cost far less than that. In fact, even the most expensive model we reviewed below costs less than […] It’s not just the stuff of sci-fi movies. These days anyone can buy a tiny listening device or secret camera on Amazon. That means there is a good chance someone might try to spy on you at some point. Luckily, you can buy RF detectors on Amazon, too. With a good one, you can detect […] What makes a GPS tracker well-suited for seniors? Ideally, it should be easy to use, have a good battery life, be accurate and have a low monthly cost and no hidden fees. Unfortunately, what I just described is rare. Below we feature the 5 best GPS devices for seniors. Even among the best, some have […] Phone cameras do not do well in low-light situations. Good phone cameras can take amazing shots that look like they came from an expensive camera. But only during daytime. At night, or inside a darker room, they are close to useless. They certainly can’t match a real camera with its much larger sensor. Luckily, there […] You need to protect yourself. If you drive for Uber, Lyft or any other ridesharing company, you need a camera in your car. The best dash cams for Uber drivers ensure you have video evidence for any potential disputes. They also log your location and speed which can save your life if you ever need […] Security lights can save you. Think about it. If you were a burglar looking to rob a place, would you break into the home on the dark property or the one that lights up like the Las Vegas strip the moment you set foot on the premises? In addition to deterring potential intruders, they also […]

Reviews Of The Best Spy Gadgets 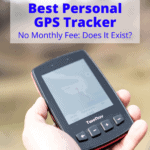 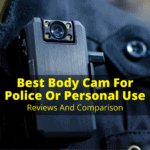 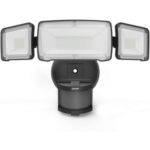 All About Modern-Day Spy Cameras

When spy cameras were first invented, they were not that small, and they often didn’t work very well. Modern-day spy cameras can offer a lot more in terms of functions, durability, and variety.

It’s also more acceptable now for ordinary people to make use of these hidden security cameras.

If you’re planning to get your own spy recorder, you need to learn more about how it works. Another consideration is if it’s actually legal in your state or country.

It’s also essential to learn more about the different types available and what new features can enhance the experience and benefits you can get out of a particular camera.

What Are The Pros And Cons Of Spy Cameras?

There are plenty of pros and cons involved in the use of spy cameras. It depends on who is using them and for what purposes.

For example, if it’s a parent who wants to know if the babysitter is really taking care of the kids, then one advantage of the spy camera is to ensure the children’s safety. You might want to consider a nanny cam for this.

If it’s a shop owner who would like to find out which employee is stealing money from the cash register, then the benefit of the security camera changes. In this case, it’s used for investigation and to provide evidence of misconduct or theft.

Finally, it might be someone with a very expensive, nice home. In this case, they’d be looking to deter intruders. For them a security camera that isn’t hidden would make the most sense. They’d want something like these top-quality ones from Lorex.

In general, spy cameras are great tools for gathering evidence, protection and safety, and investigation. This is why they are used by law enforcement officers and private investigators. These innovative technologies can actually save lives and help promote peace and order.

In this regard, it’s better to use a spy camera or a spy recorder for discreet reasons. At least you will not draw any unwarranted attention and you can go about your business without causing any disruption or panic.

The downside to using hidden cameras is that you risk violating the rights of people if you don’t use them properly.

Also, there are some care providers and other professionals who may feel angry, uncomfortable, and mistrusted by employers when they discover that there are spy cameras around. This leads to an unhealthy working relationship.

Back in the day, hidden security cameras were mostly used for espionage when there were ongoing wars. Think James Bond!

They were and are still being used by those working in investigation units and law enforcement offices. Indeed these have helped solve a lot of cases and contributed to safety, peace, and order.

Today, civilians can easily buy such cameras and use them for whatever purpose they want. Of course there may be repercussions if these people use spy cameras for malicious intent, such as to make fun of people or for blackmail. You have to be careful not to use the information you get for malicious purposes.

Often, spy recorders and cameras are used by business owners and managers who want to keep an eye on their teams or employees, as well as to check the activities going on in their offices or establishments.

Day care owners and parents sometimes make use of these as well in order to ensure that children are treated properly and that care providers are doing their jobs. The same goes in care institutions like homes for the aged.

Can Ordinary People Use A Spy Recorder?

Yes, ordinary people can make use of a spy recorder provided that they follow the local laws and regulations governing their use. Although such laws may vary among countries, states, and cities, the general rule is to use this apparatus only for protection and safety and not for any malevolent intent.

In the most countries, you are allowed to place these spy cameras at home but not in areas considered especially private, such as someone else’s bedroom or bathroom. This is considered a violation of the voyeurism legislation.

When it comes to the monitoring of employees, it’s okay for employers to make use of spy recorders so long as it’s for everyone and not just directed at a particular person or group.

It’s also acceptable to tap the phones and monitor computer usage. Nevertheless, the employees should be informed of the nature of the monitoring.

What Kinds Of Spy Cameras Are There?

There are a number of types of spy cameras you might want to consider.

These are usually out in the open and are what you’d see in something like a convenience store or drug store. They are a series of cameras which feed into a system that puts the images up on computer screen.

The device also records the feeds so that you can refer back to them later. It can be extremely useful to have a video recording of any crime being committed, but perhaps the biggest benefit is the deterrence factor. It’s obvious that a burglar is less likely to break into a home with a security camera.

Think “nanny cam.” Indoor spy cameras are for when you want to keep an eye on someone or something in your house when you’re not there. It could include a nanny, babysitter, or house-cleaner.

These indoor spy cameras have gotten much smaller in recent years so they’re really not obvious. Also, the quality of the picture and sound has gotten better and new features are available such as motion-activated ones.

When you think James Bond, body-worn spy devices are what come to mind. Some examples include buttons, glasses, sunglasses, watches, key-chains, pens, etc that have small, pinhole cameras in them. There are a ton of different options these days for pinhole spy cams so the sky really is the limit.

Technology has also gotten much better in recent years to allow cameras to fit into smaller and smaller devices. New developments are entering the market each year, so refer back here to stay up on the latest news.