We can’t tell you which type of camera is best.

We want to make that clear right off the bat.

Both wired and wireless cameras have major advantages and disadvantages.

Which one is best depends entirely on your needs, your property, and other factors that are specific to your situation.

So what’s the point of this article, if we can’t give you a definitive answer?

We might not be able to tell you which type of security camera system you need, but we can help you figure it out for yourself. Keep reading.

We’ll begin by taking a look at wired cameras and their pros and cons. Then we’ll do the same for wireless, before going into a some additional questions and other things to look for when buying security cameras.

By the end of it, you should have a clear idea which type of camera to buy.

What Are Wired Security Cameras? 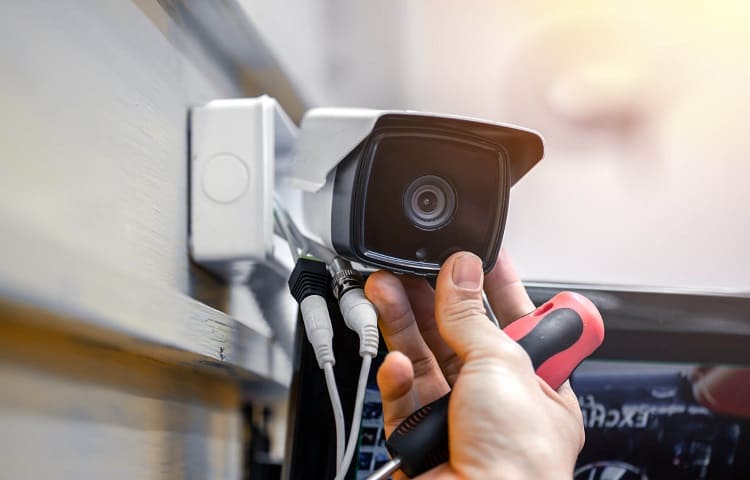 If you want to install wired security cameras around your property, they will have to be plugged into your internet network, as well as a power source in order to work.

However, it’s possible to only use one wire, if your cameras can use PoE (Power over Ethernet) cables. Let’s check out some pros and cons of wired security cameras.

What Are Wireless Security Cameras? 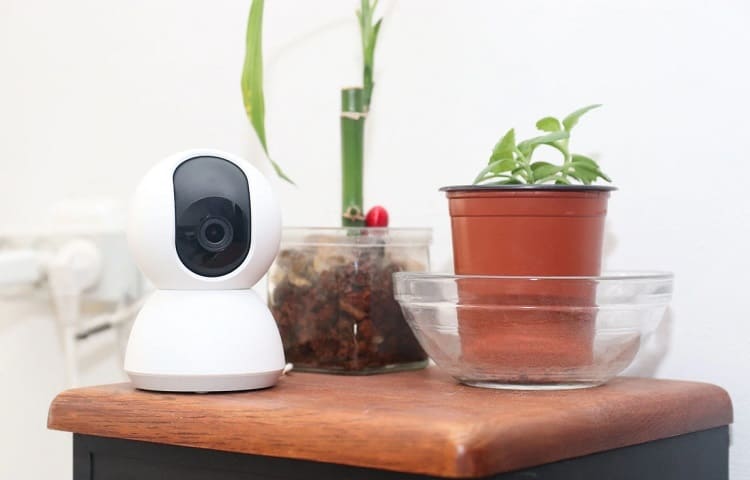 By comparison, wireless security cameras can be a much better solution if you don’t want to be bogged down by wires!

But it’s worth noting that many of these cameras will still need to be plugged into the power grid. Even though they’re called wireless, they still need a power cord to connect to a power source. They only connect wirelessly to your internet.

That said, there are models that do not need power cords. Instead, they run off batteries or solar power. Let’s check out the advantages and disadvantages of wireless cameras.

When installing security cameras, the focus is on making your home and property as safe as possible.

But don’t forget to consider how private and safe the camera systems are! What if they get hacked? Can this happen?

Wireless systems are more vulnerable to hacking, because they connect directly to the internet. This could result in your privacy being violated

Your footage is online and if it’s hacked, it can be a serious violation of your privacy, as well as the privacy of other people whose actions and voices are recorded by the cameras.

But if you take reasonable precautions, you can minimize (and virtually eliminate) this risk. To improve your security when using wireless security cameras, you need to do the following:

This makes it more difficult for criminals to hack into your cameras. Never keep the default password that came with the camera. Change it immediately and make sure it is a strong password, with a combination of upper and lower case letter, numbers, and other symbols.

This will keep your account much safer. It will send a text to your smartphone when you login. Only someone in possession of, and with access to, your phone can your private account.

Cover Or Unplug Cameras When Not In Use

This prevents the camera from being hackable when it is not plugged in. It also reduces unnecessary footage.

Security cameras that are updated regularly are better protected against hackers and security threats. 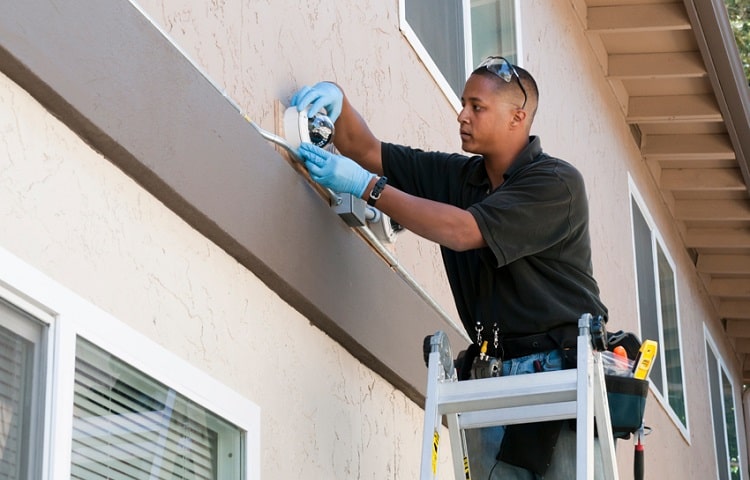 While they might not be as vulnerable to hacking as wireless cameras, wired cameras have a bad reputation for being difficult to install.

Indoor security cameras are quite straightforward to install once you’ve placed and plugged them. Some of them might need to be drilled into the wall, but even this is pretty straightforward.

Outdoor security cameras can be trickier when they’re wired. This is simply because you have to ensure that they’re within close proximity to a power source and your internet connection.

If you choose to bypass the DIY installation route in favor of a professional, it will cost you. On average, installing wired security cameras will cost you between $150 to $500 for one camera.

If you want four cameras installed, this can shoot the installation cost up to $2,000. There is simply a lot of extra labor involved with installing a wired system, like drilling drilling holes into walls and running cable inside the walls.

How your camera footage gets stored is something you’ll need to think about. You have a variety of storage options available to you, depending on the type of camera you’ve chosen to install.

For all of these, which are sometimes referred to as local storage, the camera has to be placed in a secure spot where people can’t get to it, but which shouldn’t be too tricky for you to access.

Cloud storage is definitely convenient. It enables you to view the recorded footage with your phone or on your computer. Basically, you can view it no matter where you are.

You can also have quick and easy access to the footage no matter where you’ve placed the security camera.

There are other benefits to choosing cloud storage, even though local storage options are cheaper and there’s less of a risk that someone will be able to hack into the storage. Let’s take a look at all the pros of cloud storage. 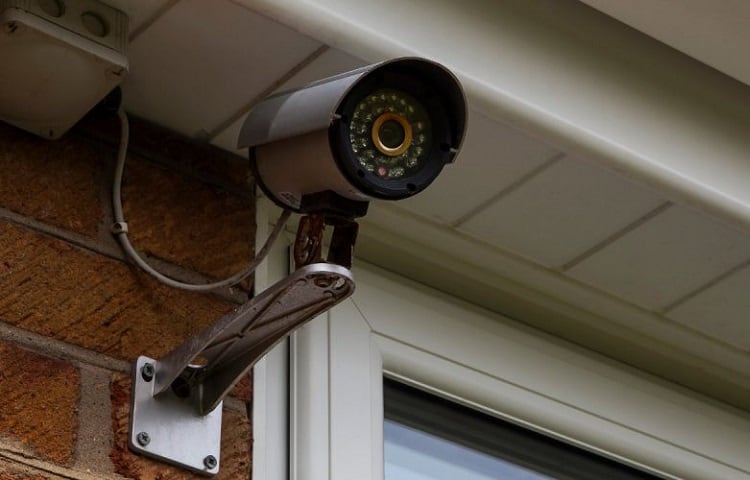 After all, you might be living in one area of the city now, but what if you want to be able to move homes in the near future?

Installing wired security cameras means that it won’t be easy to uninstall and move the cameras in the future.

If this could become an issue, you should opt for wireless cameras. They are highly portable because you only have to remove their power cables (if that). You can easily uninstall wireless cameras and then install them in your new home without too much of a hassle.

Wired cameras obviously use more wires. And they are usually drilled into the walls. This makes them much more of a problem if you have to uninstall them and reinstall them in your new house.

You’ll basically have to start from scratch with the installation. this means paying a new installation fee, if you’re choosing to have them installed by professionals. 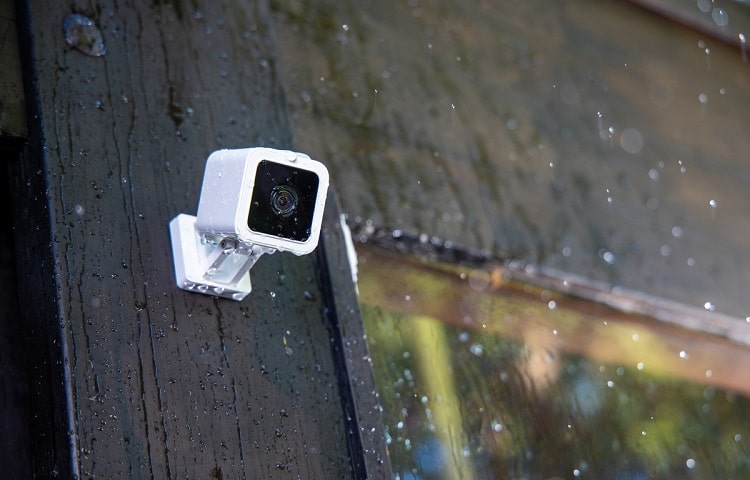 If you’ve heard of wire-free security cameras before, chances are you assumed they were the same thing as wireless cameras. But they’re not.

What Are Wire-Free Security Cameras?

They are similar to wireless cameras, but they don’t require the use of any wires at all during installation, which is a big bonus if you like the idea of having a practical, user-friendly security system.

These cameras send video footage to video receivers, completely wirelessly. They are powered by batteries (or solar), so you won’t even need a power cable when installing them around your property.

The Zumimall ZM-WFA3 is our favorite wire free camera. Read our full review of the Zumimall for more.

Wireless Vs Wired Vs Wire Free: Which To Choose?

There are pros and cons to all 3 kinds of security cameras: wired, wireless, and wire-free cameras. Which is best depends on important factors specific to your situation.

Before choosing a camera system, ask yourself some important questions, such as:

Can you connect wireless cameras with LTE?

Cameras that make use of cellular data are available, but they cost a lot of money and don’t offer good video quality. Cellular connections simply aren’t as fast as Wi-Fi.

Can an electrician install a security system?

An electrician can install your security system, but he or she might not be able to give you professional advice on the best camera locations and equipment for the most secure setup.

Should you go wired or wireless? One of the biggest decisions you’ll have to make when it comes to installing security cameras is to choose between these two options.

Neither is better than the other on the whole. But for a given situation, there will always be one type that is more suitable.

Hopefully, you now have a clear idea of each type of camera’s strengths and weaknesses and you know exactly which system is going to be best for your needs. If you are still not sure or you have additional questions, please ask them in the comments below.