You are here: Home / Security Cameras / NVR Vs DVR: Pros And Cons And Which Type Of Camera To Buy 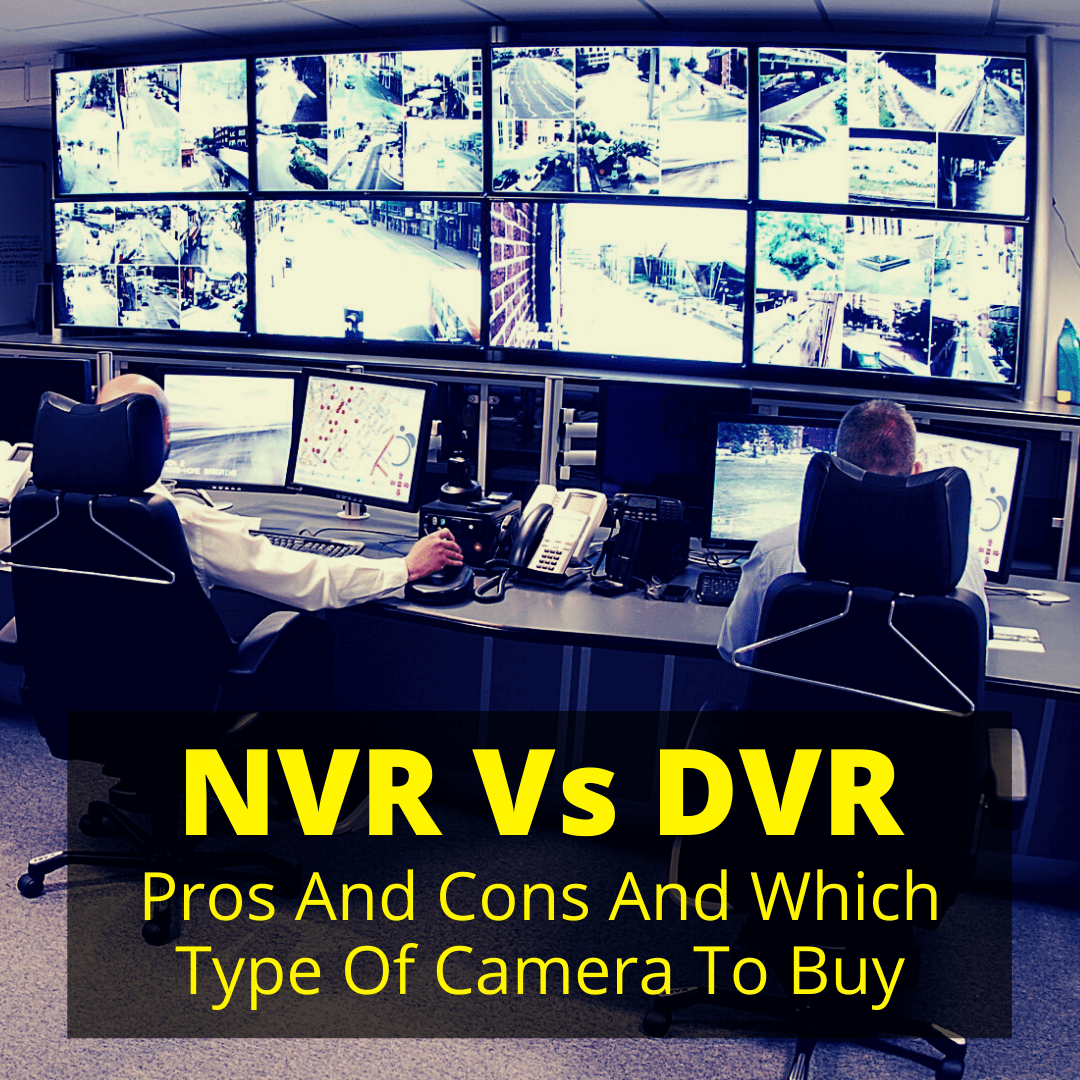 Many people will tell you that NVR (Network Video Recorder) camera systems are better.

But this is not always true.

We’re willing to bet NVR is the more suitable option for many, but definitely not for all.

NVR systems have some key disadvantages that make them a poor choice for some applications, where a DVR (Digital Video Recorder) camera system would work better.

So how do you know whether DVR or NVR is better for your needs?

Keep reading. We’ll cover everything you need to know below, including a third option that might be ideal for some: a hybrid system.

DVR Vs NVR: Which Is Better?

When you consider installing security cameras on your property, you probably just think of the cameras themselves.

And perhaps how they’ll be connected to your external devices so you can view the footage that they have gathered.

But security cameras need a central video recorder to transmit the footage that’s been collected.

There are two types of recorders that achieve this goal: DVRs and NVRs. Let’s jump into the respective pros and cons! What To Know About DVR Cameras

Right off the bat, DVR recorders use analog cameras, which you’ll probably know as CCTV cameras. The cameras stream an analog signal to the recorder which records the images.

You use a coaxial BNC cable to connect the recorder to the camera. To process the video data, DVRs use an AD encoder. This means that every camera has to be connected directly to the recorder. 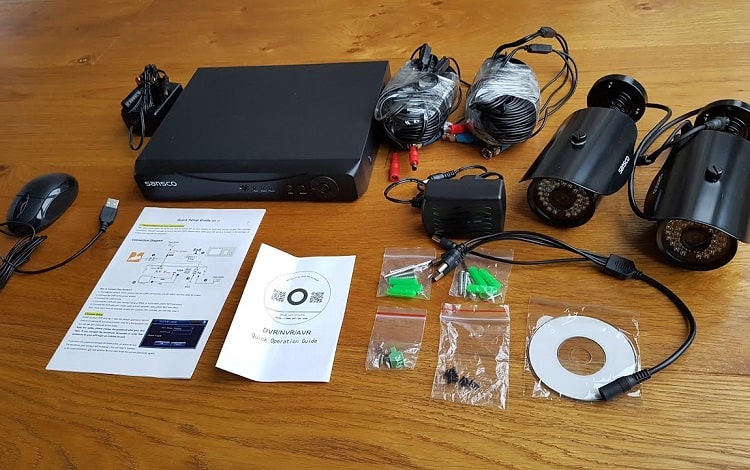 What To Know About NVR Cameras

When it comes to NVR cameras, one of their biggest benefits is that they can be used as wired or wireless security cameras, which makes them much more versatile than DVRs.

Let’s see some other pros as well as some cons of these cameras. 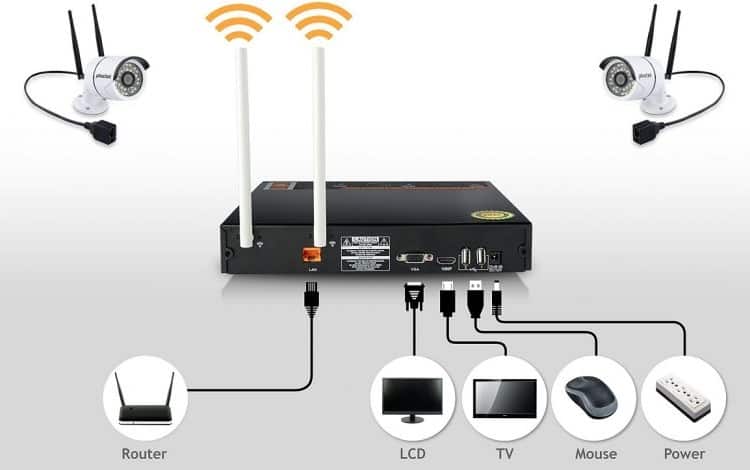 Which Security System Is More Discreet? 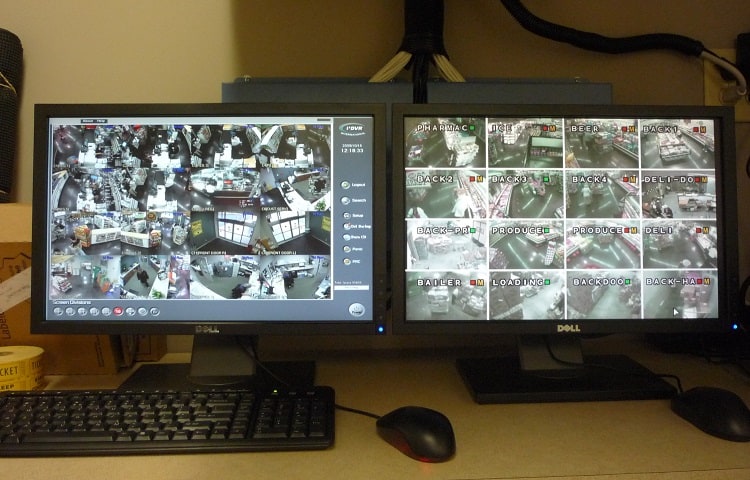 Most of the time, you want to put security cameras in obvious places, so that criminals can see them.

In this way they act as a deterrent. Researchers have found that cameras can make criminals think twice before breaking into your home.

A study of over 400 burglars conducted by the University of North Carolina at Charlotte found that visible cameras were the most effective way to keep thieves away.

60 percent of the burglars surveyed stated that if they knew a site had security cameras installed they would choose a different target. That’s why it’s always a great idea to add some inexpensive decoy cameras to your existing system.

That said, there are times when you should put security cameras in places where they are not so easily spotted. An example is if you want to track a specific person who has been surveying your property.

You can also use hidden security cameras to monitor a babysitter or caregiver who is regularly around your home and property, to provide you with more information about them.

If installing hidden cameras is something you want to do, then you should purchase NVR cameras.

This is because they can be put anywhere on your property, as long as they are within the network range. Since they don’t need wires, you can easily put them up in a variety of places to ensure your cameras remain discreet. 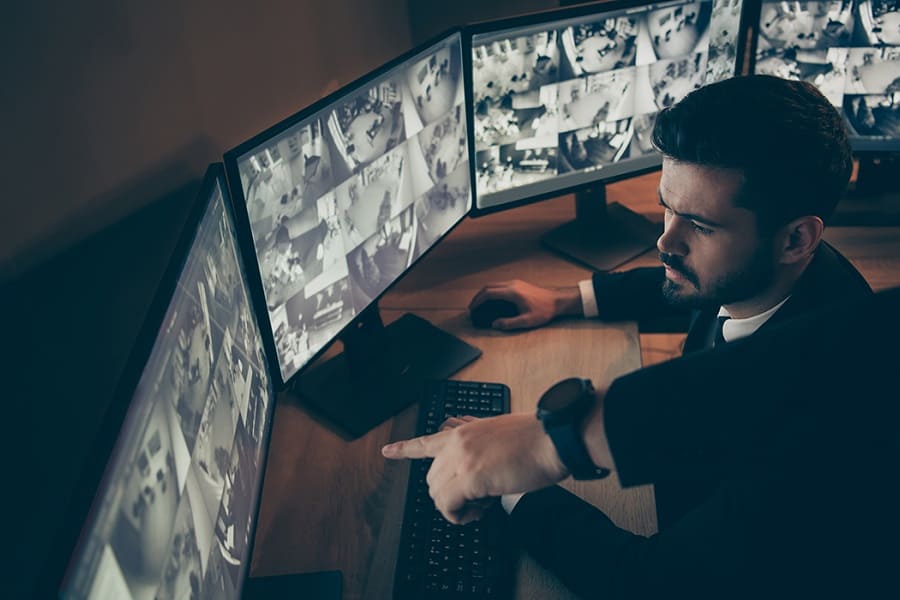 How Much Storage Do You Need?

You need to have enough storage in your camera system so that you get all the video footage you want. When it comes to storage capability, which system is better – NVR or DVR?

NVR cameras can upload video footage to cloud-based servers. This means that they don’t have to be restricted by storage limitations and can accommodate a greater amount of storage than DVR camera systems.

It’s worth bearing in mind that you can also reduce your storage requirements, for example by using motion sensors and only having the cameras switch on when motion is detected.

Can Your NVR Or DVR Systems Be Hacked?

Unfortunately, both systems can be hacked. You have to take some precautions to keep them protected.

One of the most important things you should do to protect your security cameras is to ensure strong usernames and passwords. Guessing these are the easiest way for a hacker will gain access to the security device’s admin account.

This system sends you a text message to approve on your cell phone. This alerts you if someone is trying to hack into your security system and ensures that no one but you can actually get in.

Did you know you should be updating your security cameras every few months? This ensures that they have the latest software which has been upgraded to the current security standards.

What About A Hybrid System? 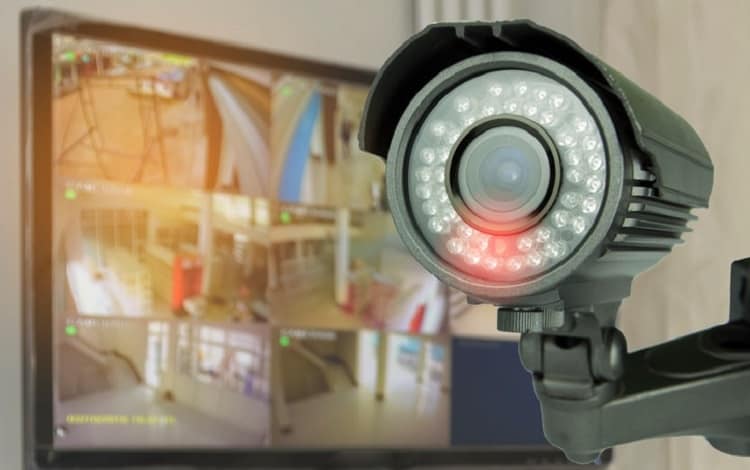 If you love both DVR and NVR systems and you’re not sure which one you should go with, you might be interested in trying a hybrid system.

Hybrid Video Recorders (HVRs) are a blend of both DVRs and NVRs because they can work with analog and IP cameras.

They’re versatile and easily upgradable, making them ideal if you have an old system but you don’t want to eliminate your old analog cameras. That said, there are some important things to know about HVRs.

When it comes to camera compatibility, the truth is that not all video recorders will be able to work with all types of cameras. As you know by now, DVRs need analog cameras and NVRs need IP cameras. But things can become a bit more complicated.

For example, as mentioned earlier in this article, some NVRs will only work with certain IP cameras. Therefore, it’s important to find out for sure that the device you want to use will be compatible with your cameras.

A smart tip when shopping for an HVR system is to choose one that has multi-protocol compatibility, meaning that you’ll be able to use a larger variety of compatible IP cameras with it.

It’s also good to bear in mind that some cost-effective HVRs are actually just DVRs that have had features added to them so that a small amount of IP cameras can be used.

These can work well, as long as only a few IP cameras are used to increase the size of an existing security system. They’re not ideal if you want to add more IP cameras to the system in the future.

An HVR system is not always going to work. If you want to replace all your analog cameras with IP cameras, an HVR recorder won’t be up to the task.

What Are IP Cameras And Are They Better Than Analog Ones? Earlier, we talked about how NVRs make use of IP cameras, but what, exactly, are IP cameras and are they more effective than analog cameras? Let’s take a look!

An IP camera, otherwise known as an Internet Protocol camera, allows you to monitor your property by using software that connects it to the internet.

Some of the best things about IP cameras is that they have multiple sensors, which means they can contain multiple cameras to cover a wider area.

And they don’t need power at the camera site – you only need one wire for data and power that is connected to the network switch. This makes them much more versatile than analog cameras. They also tend to have reset buttons to reset the camera to factory settings, if it starts to act up.

What are some disadvantages of IP cameras?

IP cameras work at higher resolution so they need more storage. They are also more expensive to set up.

How long do IP cameras last?

Generally, new IP cameras should last for two NVR cycles. Since an NVR can last around three to five years, an IP camera will last six to ten years.

If you want to make use of security cameras, you will likely have to choose between DVR and NVR camera systems. You also need to decide whether you want to pay a service to monitor your cameras, or convert your system to self-monitoring.

In this article, we’ve looked at the pros and cons of each, providing you with the information you need to make the best choice. We’ve also provided you with a middle-ground solution in the form of HVRs, although you should carefully consider their pros and cons, too.