You are here: Home / Home Protection / Safest Cities In The USA: The Top 7 Places To Move To 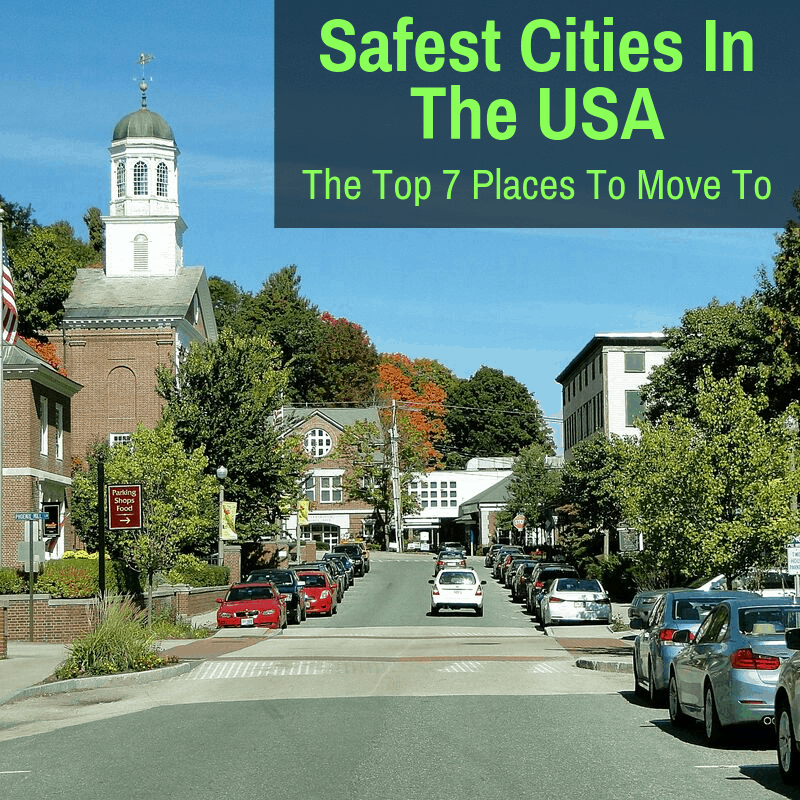 America may be one of the more advanced and progressive countries in the world, but it still has its share of crimes and violent behaviors.

In fact, it has far more than its share.

So whether you’re looking for an American city to settle into, apply to colleges or plan a vacation, safety should be your number one priority.

That’s why we’ve put together a list of those American cities that have the least amount of crime, violent or otherwise. We’ve ranked them based on the data from the FBI and the U.S. Census.

Keep reading if you’re looking for a place to move to that’s safe and secure. Or a place to retire to perhaps? We’ve got the Top 7 safest cities for you to choose from.

Naperville has long been considered one of America’s safest cities. But now it’s getting even more recognition.

In fact, according to a brand new rankings released by Homes.com and Niche.com, Naperville is the safest city to live in all of America. This recognition is based on several different crime statistics.

According to the site’s ranking description, Naperville is impressive for its low crime rate as well as its excellent school district and an unemployment rate of 3.2.

There are always interesting community events such as Ribfest, Naperville 5K, The Chocolate Walk and the The Last Walk just to name a few.

Perhaps the only downside to this city would be that it is a bit more expensive to live in. But thankfully, there are plenty of affordable housing options available.

There are sophisticated clothing and furniture stores and places for lunch and dessert all over the city.

To back up its safe status, the city holds a low crime rate of 84 violent crimes per 100,000 residents. It also has a vehicular mortality rate of 9.06 per 100K and less than 15% of people engaged in drinking. You definitely won’t need to buy a body camera to fee safe here.

Cary has a great climate that consists of hot summers and cold winters. Most importantly, it has seven months of calm weather every year.

In 2013, CQ Press ranked Cary as the safest city in the US and the third safest among municipalities.

All in all, Cary provides such a violent-free atmosphere that kids can play all day without much supervision and you can leave your front door unlocked without worrying about anyone coming in and robbing you

Irvine is an extremely safe city because of its regular and active police patrols on all major roads. Not only that, but the police officer to population ratio is well established and better than in many other cities.

According to the Environmental Protection Agency report, the air quality index of the city is moderate. And even though Irvine’s peace index is low, it is still reviewed as one of the safest US cities to live in.

Irvine earned its ranking for safety from sources such as CNNMoney.com, Wallethub, Businessweek and Niche.com, which listed it as one of the best to live in America.

The city of Sunnyvale is located within the heart of Silicon Valley and is home to several of the world’s top multinational technology and defense companies. Some examples are Apple, Google, Yahoo, Juniper Networks, LinkedIn, A2Z Development Center and NetApp.

According to crime reports from the FBI, the city is consistently ranked as one of the safest cities to live in the US. The city also got this recognition from Forbes Magazine and the Morgan Quitno Awards as well.

Sunnyvale is also well-known for its low vehicular mortality rate of 6.01 per 100,000. In addition, the city has the lowest rate of drug use of any place in Santa Clara County. Sounds great, right? It is!

A Tour Of Sunnyvale

Long ago, Gilbert specialized in agriculture and quickly transitioned into one of the best places to live not only in Arizona, but all of America as well.

The city is constantly ranked as one of the safest cities due to its low property crime and violent crime rates. As a matter of fact, Gilbert was named as the second safest place to live in the United States. The high number of police officers living in the city play a vital role in balancing out its crime rates.

Apart from safety, Gilbert is a vibrant city with a great environment that is suitable for living and working. Kind of amazing, right? People love living here!

Thousand Oaks got its name due to the numerous oaks that grow in the area. Even the city seal is adorned with an oak.

It was also ranked as the fourth safest city with a population greater than 100,000 by the FBI’s 2013 Uniform Crime Reports.

The city got its name from an American explorer by the name of John C Fremont who apparently resided in California. Fremont has a high population growth, with a population of over 230,000.

The city is well associated with the technical world and is situated in the middle of Silicon Valley. Interestingly, the Apple factory that is historically known to have made the first MAC is located in Fremont. The city is also known as the ‘tree city.’ It impressively boasts more than 50,000 trees in parks and streets.

One of the reasons why the city is considered safe is because of its low murder rate of one per 100,000. Other reasons include its pretty good air quality index and a 5.88 per 100K residents vehicular mortality rate.

Apart from that, Fremont has a pretty high income which pushes the growth of business life, population and safety measures as well.

What Are The Safest Cities In Canada?

Okay, so you’re a neighbor to the North, and you want to know what the safest cities are? Check out this list. We’ll give you the rundown here too:

What Are The Safest Cities In The World?

If you’re looking beyond the USA, you might wonder what the safest cities in the world are. You can find them on this list.

But, we’ll give you a sneak peak. You can find the following cities on the list:

Safest Cities In The US: Your Thoughts 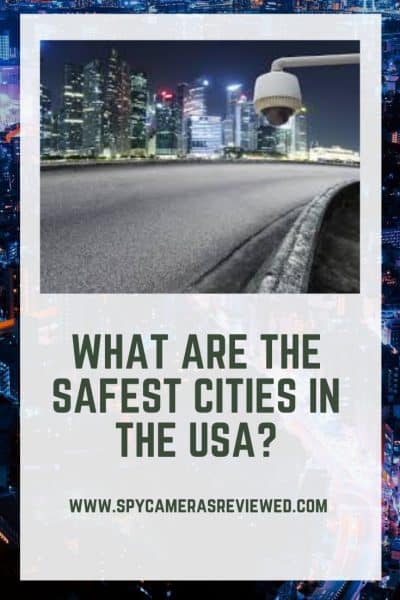