What’s legal in one state is a felony in another.

That’s true for so many things and the use of hidden cameras is no exception.

If you’re planning on installing surveillance cameras, or using any other type of hidden camera, you need to be fully aware of the laws governing their use in your state.

You need to know whether it is legal to use them at all, and if so, if there are any situations where it is not legal.

You might also need to know the laws governing the use of hidden camera footage in court.

Keep reading for a rundown of the hidden camera laws by state.

We’ll go through each state and give you a brief summary of the hidden camera laws as they stand at the time of writing.

In this state, hiding a video camera is only legal if you’re doing it in public places.

It’s illegal to record anyone without their consent.

In Arizona it’s prohibited to photograph, videotape or secretly view someone without consent when, they’re in a place where they’d expect privacy, such as bathrooms or bedrooms. In Arkansas it’s considered legal to record people on video in private places, as long as you have their consent. You can’t just hide a camera and start recording them.

Whether you have a home security camera, a dash cam, or a nanny cam, you can use them legally in this state. You don’t have to ask permission if you’re recording footage in public – as long as you don’t record private conversations.

In Colorado, video recording people is illegal if none of the parties know that their conversations are being recorded.

Hidden cameras, like nanny cams, can be considered legal as long as no audio is recorded.

Voyeurism is prohibited, and can be defined as audio or video recordings of someone without their consent, when the person has a reasonable expectation of privacy, which basically refers to people’s right to be free from intrusion in private places.

It’s illegal to video record someone in private places without their consent. This is the case even in your own home.

It’s against the law to install an electronic device to secretly watch someone who’s in a private place. Consent from the person is required if they are in a place where they have a reasonable expectation of privacy.

Hiding a video camera is only legal if you’re doing it in public places.

In Georgia, you’re only allowed to record people in private and public settings, if the cameras are in plain sight. It’s therefore prohibited to hide cameras. 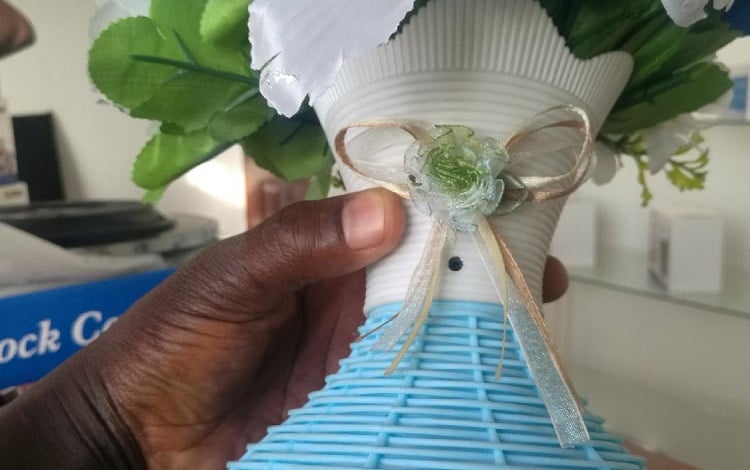 In Hawaii, privacy rules grant people a reasonable expectation of privacy. This means that using a video camera to record the conversations or actions of people who don’t know they’re being recorded is prohibited.

However, if the video surveillance occurs in a place where others would be able to see and hear what’s happening, such as a shopping mall, then it’s allowed.

You’re not allowed to use any device to record, transmit, or store footage without the knowledge and consent of other parties in locations where people can expect privacy, such as homes or hotel rooms. This includes hidden cameras.

It’s prohibited for people to record or transmit video footage of someone without that person’s consent in a place that’s considered private, such as tanning beds, changing rooms, bedrooms, and others.

You’re not allowed to record images or data of any kind on someone’s private property, without their consent.

It’s illegal to record someone without their consent, whether in a hotel room or their home.

This state doesn’t allow you to put hidden cameras in places that are considered private.

You can’t hide a device to view, photograph, or record a person who is nude, without the person’s consent, in a place where the person has a reasonable expectation in privacy.

The state has a video voyeurism law that prevents any hidden camera to be used to watch, photograph, or record someone without their consent, if the footage is for lewd or lascivious reasons, or if the person is nude. 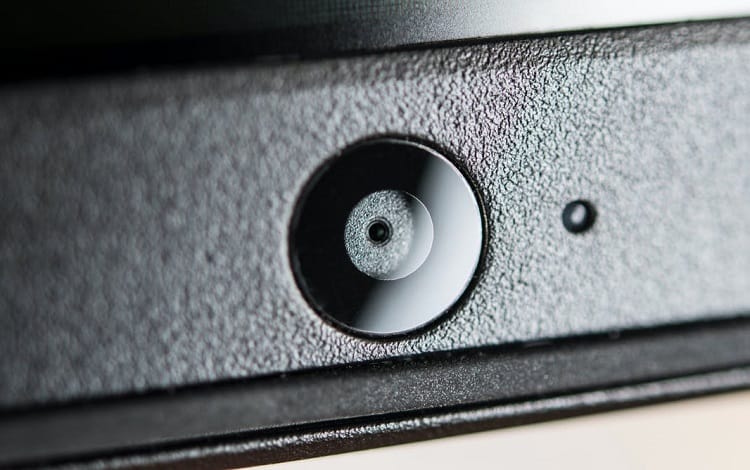 You need to ensure that you have consent from the people you wish to record before you go ahead. This is because in private places, such as bathrooms or bedrooms, people have a reasonable expectation of privacy.

In Maryland, it’s legal to use surveillance video in your home without consent from people who are recorded, but it’s illegal to use hidden cameras in places where they would expect to have privacy.

In this state, a wiretapping law is in place that says you have to consent before having your voice recorded and the same applies to secret video recordings when sound is captured.

You don’t need permission if you’re using video surveillance in public, but if you want to use a camera in private places then you’ll have to get consent from whoever you wish to record.

Hiding a video camera is only legal if you’re doing it in public places.

You’re not allowed to secretly photograph, film, or transmit images of someone in a private place without their consent if you have indecent, licentious, or lewd intentions.

Video surveillance is prohibited and illegal in this state, if you’re recording someone in a place where they have a reasonable expectation of privacy.

You can’t secretly photograph or film someone in their home, or other places where they can expect privacy. Recording devices are allowed in public.

It’s a felony to secretly photograph or record someone in a state of undress in places where people have reasonable expectations of privacy.

You’re not allowed to place a hidden camera in any place where privacy is rightfully expected. 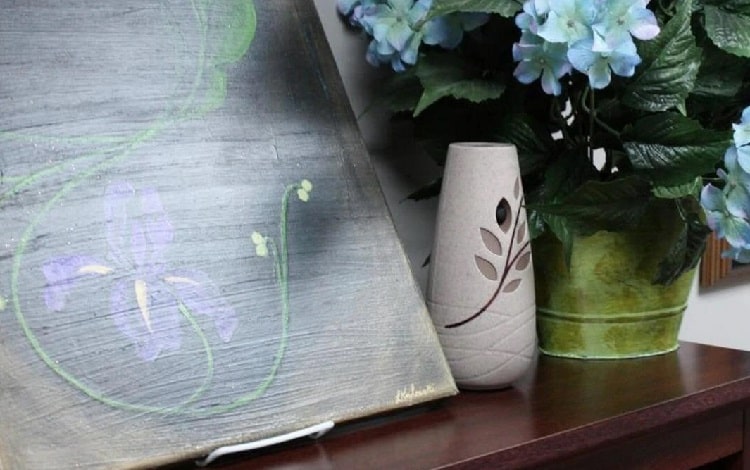 Consent is required from anyone you wish to record. People have a reasonable expectation of privacy, in places like bathrooms or bedrooms, .

You can’t put cameras in any place where someone expects to have privacy, or when someone is likely to be partially or fully nude, for example in the bedroom or bathroom.

It’s a crime to use and install a hidden camera in a private place without the consent of people you wish to record.

As with some other U.S. states, in New York you’re not allowed to record people when they expect a reasonable amount of privacy.

It’s considered a misdemeanor to photograph and record sounds or video of people in their private properties, and in any place where they have a reasonable expectation of privacy, or the person has exposed, or is likely to expose, their intimate parts.

It’s prohibited for you to secretly record someone in a location where they have a reasonable expectation of privacy.

This state has a “Peeping Tom” law that prohibits surveillance equipment in areas where people have a right to privacy.

It’s prohibited for you to secretly record someone in a location where they have a reasonable expectation of privacy.

While nanny cameras are legal, you can’t put hidden cameras in any area of the home where people can expect to have privacy.

In Rhode Island, hiding a security camera in a private space is not allowed.

You can’t use electronic devices to invade someone’s privacy.

You need to ensure that you have consent from the people you wish to record before you go ahead, because of the reasonable expectation of privacy rules that are in place. You don’t need permission if you’re using video surveillance in public, but if you want to use a camera in private places then you’ll have to get consent from whomever you wish to record.

You can’t photograph, video record, broadcast, or transmit visual images of a person’s intimate area without getting their consent. The same goes if you’re recording the person in a location where they have a reasonable expectation of privacy.

You don’t need permission to perform video surveillance in public places. But you can not legally surveil someone in a private location, unless you get consent from them first.

In this state, you’re not allowed to photograph or record a person without their knowledge and consent if the person is in a place where they expect privacy.

You need to focus on intent because that’s what can make the video footage legal or not. For example, if you’re using security cameras or nanny cams to protect your home and children, this is allowed. By comparison, spying on the nanny so you can blackmail her isn’t.

If you video record someone in a private place, you could have a legal problem on your hands because you’re violating their right to privacy.

You can’t secretly record someone who’s partially nude or fully nude in a place where they expect privacy.

You can’t install a hidden camera in a place that’s considered private. For example, you can’t view a partially or fully nude person without their consent.

You can’t record someone secretly in a place where they can expect privacy.

Is recording audio riskier than video?

Most audio recordings without consent of either one or all parties (depending on the state involved) are illegal.

Can you sue someone for video recording you without your consent?

If video recording someone who hasn’t consented to the recording is considered illegal in the state in which you live, then you can sue the person.

Before you hide a camera in your home or elsewhere, be sure that you’re not doing anything illegal. In this article, we’ve looked at the hidden camera laws in every state, so you can rest assured that you’re not violating anyone’s privacy or putting yourself at risk of a lawsuit or criminal prosecution.

If you are planning on installing surveillance cameras in a visible location, the above does not apply. If you do not plan on hiding your cameras, check out our rundown of the laws for home video surveillance in every state.