You are here: Home / Spy Gear / How To Use A Spy Watch Camera 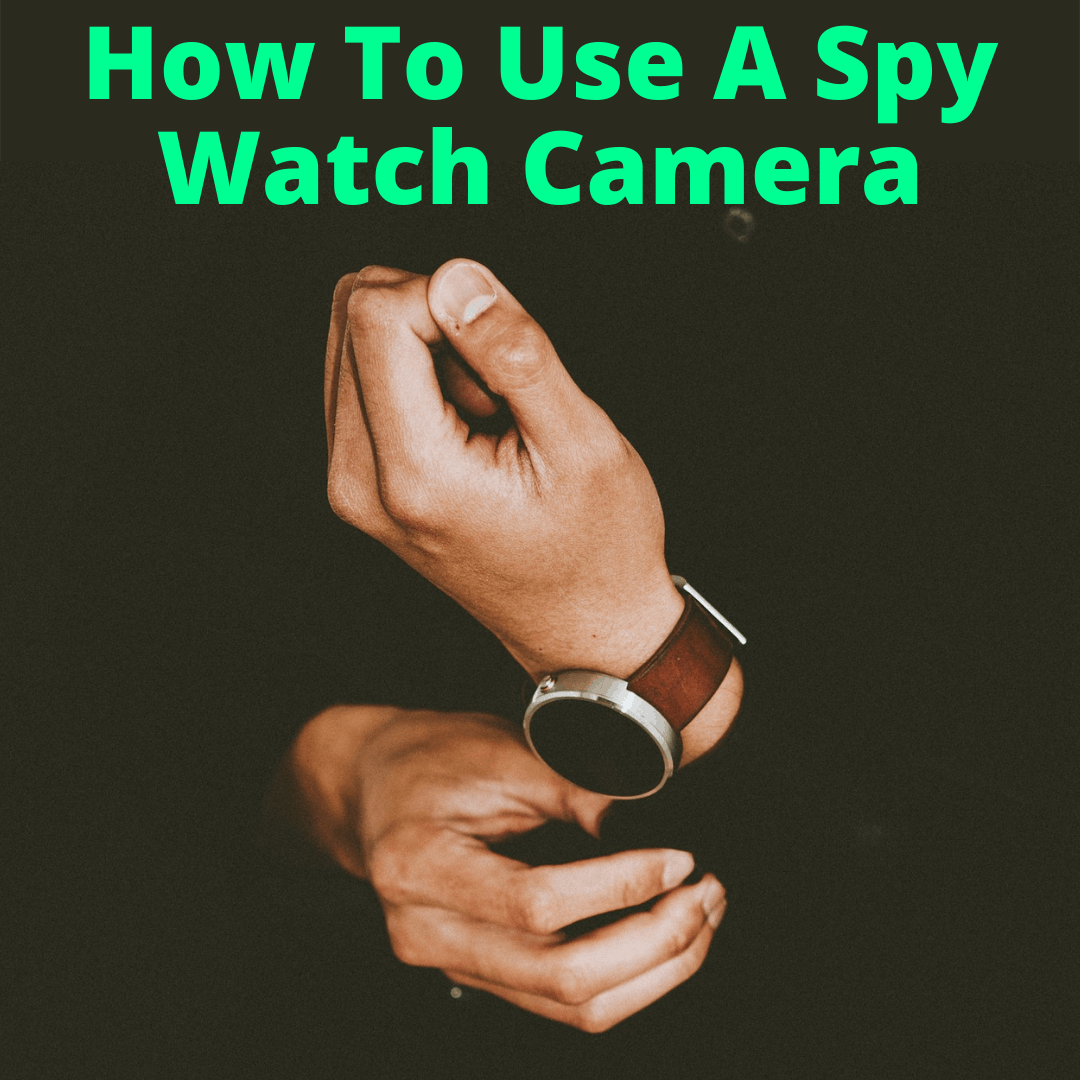 That’s because it is! No spy training needed!

Most spy watches are very easy to operate and figuring out how to use a spy watch camera shouldn’t take you more than a few minutes.

The hardest part is remembering which button to push, how many times to push it and how long to hold it down.

We’ll cover everything you need to know to run your watch camera below. We’ll also show you how to operate other common functions of a spy watch, like audio recording or taking photos.

How To Use A Spy Camera Watch

There are tons of different spy watch camera styles, from classic watches to those that look like rugged sports watches.

These can be worn discreetly on your wrist with no one around you thinking anything other than that you’re wearing a stylish watch. Meanwhile, they’re secretly hiding some important features that enable you to monitor your surroundings! Although they might vary a bit in how they work, here’s a general guide on how to use a spy watch camera.

Steps To Use A Spy Watch Camera

The following steps will help you activate the camera on your spy watch. To activate other functions, see below.

To activate the spy camera watch, you will need to hold down the button on the right that’s in line with the two o’clock time. This will activate an LED light on the device which is usually blue in color.

If the light flickers and then goes out, this is an indication that the device’s camera is recording. If you want to stop recording, you will have to press the button in line with the two o’clock mark on the watch. You might have to press it once or twice, depending on the camera watch model that you have.

When you do the above step, you’ll see that the LED light will come on and remain constant. This indicates that the spy watch camera is in standby mode.

Note that when you are recording video with your spy watch camera, the LED light will not be visible. Your watch will just look like a regular watch so no one around you will be any wiser that your watch is actually in the process of recording video! 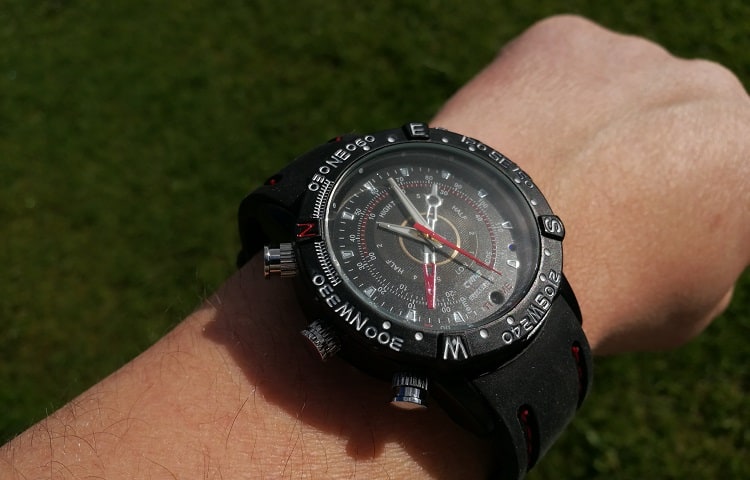 To activate the audio recording mode of your spy watch, you’ll have to press the button on the left side of the watch that’s in line with the 10 o’clock time. When you do this, you will see that the LED light comes on. It is usually red.

After that, press this button twice to activate audio recording.

This will cause the LED light to turn blue, but you’ll be able to confirm that you really are in audio recording mode by turning the watch to an angle so that the light turns to red.

If you want to go back to video mode, press the 10 o’clock button again. To double-check that you’re back in video mode, you can turn the watch around and at various angles and you’ll see that the light remains blue.

Note that when the spy watch records audio, the light might stay on depending on your model.

Spy camera watches also have a photo mode. Using the video camera, you can snap still images with your watch. Here’s how to activate it.

Press the 10 o’clock button – this is the button you use to scroll through modes. Now, when you press it, the red LED light will come on.

Press the two o’clock button to take a picture. The LED light will go out and then come back on – that means you’ve captured an image. You can keep pressing the button to take more pictures if you like.

To get out of photo mode, press the 10 o’clock button again. This will switch to the next mode in line, for example audio mode. 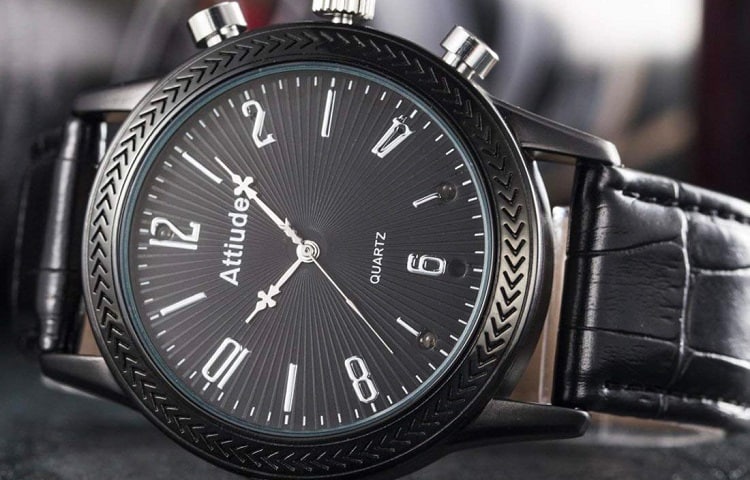 Infrared lights on spy watches enable night vision, so you can take clear pictures and videos even when it’s dark or visibility is poor. To activate these lights on your camera, you need to be in either standby mode or in video recording mode.

Hold the button next to the 10 o’clock time on the watch and you’ll see LED lights come on all around the watch’s display. These are usually purple in color.

How do you switch off a spy camera watch?

To switch off your spy watch camera, just press and hold the two o’clock button for three or four seconds. You’ll see the LED lights flash before the device powers down.

Can you start recording video just by pressing the two o’clock button?

On some spy watch cameras you can simply start recording by pressing the button once, but for others doing this will just power up the device. Consult the device manual for your specific spy watch camera model.

Spy watch cameras are not only fun to wear but they can come in very handy when you want to record audio, record video, or take photos without anyone knowing what you’re doing. Just remember to respect other people’s privacy!